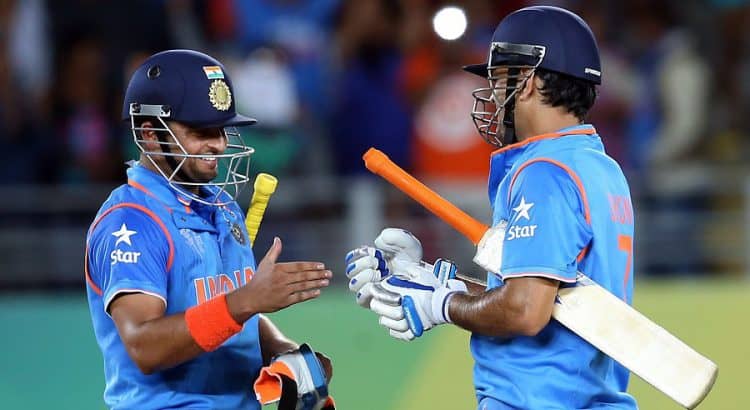 After having opted to bowl, India made early inroads and reduced Zimbabwe to 13 for 2 inside five overs. Solomon Mire was pushed up the order but he did not last long either, nicking one off to MS Dhoni off Mohit Sharma.

Brendan Taylor and Sean Williams then repaired the damage, adding 93 for the fourth wicket.The partnership ended in the 29th over when R Ashwin held onto a low, return catch.

Taylor, playing his final ODI, powered on, reaching his century with a six in the 39th over and becoming the first Zimbabwe player to notch up two successive hundreds in a World Cup, It was an emotional century. The departure of Taylor, though, triggered a collapse as Zimbabwe lost their last six wickets for 52 and were bowled out for 287.

This meant that India became only the second team after South Africa to skittle their opposition for the sixth successive time in a World Cup. India’s chase began shakily with Sikandar Raza taking a sharp catch off Tinashe Panyangara to send Rohit Sharma back for 16.Three balls later, the in-form Shikhar Dhawan dragged one back onto the stumps. India were 21 for 2 in the seventh over.

Virat Kohli and Ajinkya Rahane then got together and hauled the chase back on track through a 50-run partnership until trouble resurfaced with Sikandar Raza in the thick of action again, this time running Rahane out for 19.

Suresh Raina and MS Dhoni, however, diffused the crisis and mounted another recovery. Raina was the chief aggressor in the unbroken 196-run stand, bringing up his maiden World Cup ton off 94 balls. MS Dhoni then delivered the finishing blow with eight balls to spare, smiting a six over backward square leg, as India made it six wins in six this World Cup.