Risk of Cancer is Low for Diabetic Non Smokers 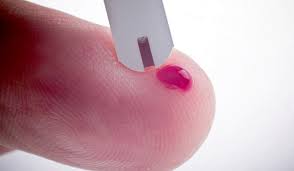 Recent studies claimed that Risk of lung cancer is low in people who take diabetic drug metformin daily to control their sugar levels. According to the scientists experiments metformin has a capacity to reduce the risk of Lung Cancer if the person is a non-smokers. On Allupdates Site you can find another related post about Vitamin D. Sakoda, the scientist who conducted various tests on 47,000 diabetic people who are 40 and older than 40 and 54 percent of them are men. They examined medication and prescription bills of these people and found that out of 47,000 only 740 people were diagnosed with cancer after 15 years and out of them 80 people are non-smokers.

People who take metformin for more than 5 years on daily basis will not affect with adenocarcinoma, which is the most common lung cancer in non-smokers. There is a chance of an 82 percent smokers may affect with small-cell carcinoma which is also a lung cancer in recent times.

Sakoda Said that “metformin drug is not associated in the medication of lung cancer but while testing with diabetic patients the results showed positive results for non-smokers, so still more tests to be done to include this drug in lung cancer medication.”

The research was published in the journal Cancer Prevention Research.