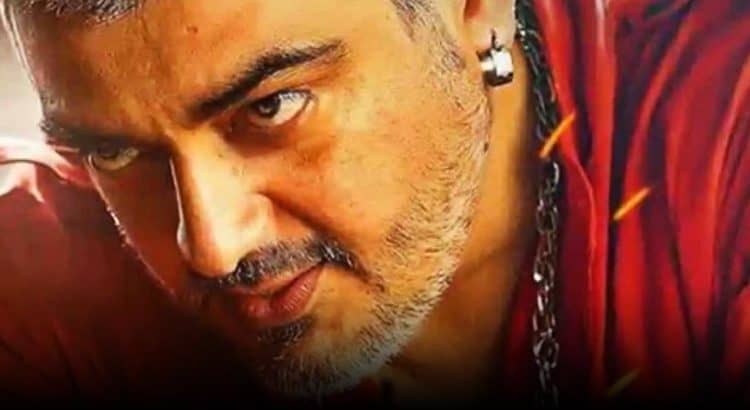 Thala Ajith Kumar Vedhalam movie new Trailer is going to release Today at 12 am. Each and Every Thala Fan is waiting to watch this Trailer. First Trailer of this movie got released Two months back and created a new Record in youtube and Once again Proved the Power of Thala Fans. Ajith Vedalam Trailer holds the record that this is the first movie which has a large number of Views and Likes for a trailer in YouTube. Previously this record was Held by Ilayathapathy Vijay with his past Movie Puli which got released this year.

Now the second Trailer of Vedhalam is on its way to create new records. Not only Thala Ajith Kumar Fans but also Total Indian Movie Industry People are waiting for this trailer and wanted to see that what new record Ajith will create with his new trailer. Vedhalam movie release is confirmed on November 10th in Tamil and November 12th in Telugu version. As Thala Ajith Kumar and Director, Siva has the good market in Tollywood Industry the Producers had planned to release this movie in Telugu. A news is Buzzing in Both Tamil and Telugu movie Industry that Thala Vedalam movie dubbing rights are owned by Telugu top Distribution company for a record Price and this movie is titled as Aavesham in Telugu Version. Everyone is waiting for Thala Vedalam movie Trailer but the sad news is trailer is not yet out. There is a rumor that Telugu and Tamil version Trailer are going to release together and the date will be officially announced by Tommorow.

With some sources in Twitter and facebook accounts, it is somewhat rumor is Spreading that this movie trailer is going to release in Tuesday a day before the release of Movie. Most of the Thala Ajith Kumar fans has lost interest on Trailer and waiting for the movie to release. Everything is set to release for the movie and ready to watch this movie First day first show. let us make this Dewali as Thala Dewali. Only Two more days remaining to watch Thala Movie.