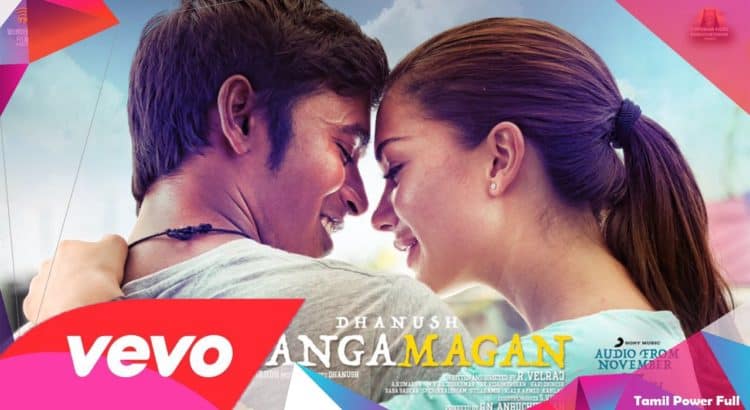 Thanga Magan is the Upcoming movie in Tamil which is Written and Directed by Velraj and the lead pair in this movie are played by Dhanush, Samantha, Amy Jackson, Radhika, Satish and South India Top Director K.S Ravi Kumar is Playing a Lead Role in this movie. Before K.S RaviKumar did many Cameo appearances in many Movies, but this is the First time K.S Ravikumar is playing a Character in a Movie. This is the Second time Dhanush and Velraj are working together for a movie.

Director Velraj Started his movie Carrier as a Cinematographer in the year 2002 and Started his movie career with Hindi Movies. With the Movie, Polladhavan Velraj entered into Tamil movie industry and got Reorganisation with Dhanush  Aadukalam movie. Velraj has won Best Filmfare award as a Best Cinematographer Award for Aadukalam movie and in the year 2014 Velraj made his Debut entry as a Director with the movie Vellaiiiaya Pattathari movie which is produced by Dhanush under his Own Production house Wunderbar Films and the Lead Pair in this movie are played by Dhanush and Amala Paul. This movie was made with the small budget and gained a Blockbuster talk with good collections. This movie is the one of the Best movies which gave Good Collections for Dhanush. After some months gap, this movie was Dubbed into Telugu version and in Telugu also this movie has not failed to Entertain Movie Lovers. Follow this link to find more Telugu cinema latest updates.

Now after a one year Gap Velraj came up with movie Thanga Magan which is Written and Directed by himself and this movie is again coming from the production House of Wunderbar Films which is an Own Production house of Dhanush. As Dhanush is much Impressed by the Script which is said by Velraj he has taken responsibility to make this movie again from his own production House. Recently the crew of this team has announced that this movie Audio songs will be released on November 27th and movie will be out Worldwide in December month. This is the Fourth Film of Dhanush which is released in this year. In this year, Dhanush released Shamitabh movie in Hindi and Anegan, Maari in Tamil Still Thanga Magan is yet to release.

All the Audio Songs in this movie are composed by Rockstar Anirudh Ravichandran. In this year, Anirudh has composed tunes for the movies Maari, Nanum Rodwydhaan and Vedhalam is his recent movie of  Thala Ajith Kumar. All these three movies became hit Music Albums in this year and now Anirudh is releasing his fourth movie Thanga Magan which is going to release in this year. Thanga Magan Movie Songs is the Fourth Movie which is Coming from the Combination of D.N.A.(Dhanush And Anirudh) All the movies have become a good musical hit which came from this DNA combo and all the fans of Dhanush are waiting for songs release.