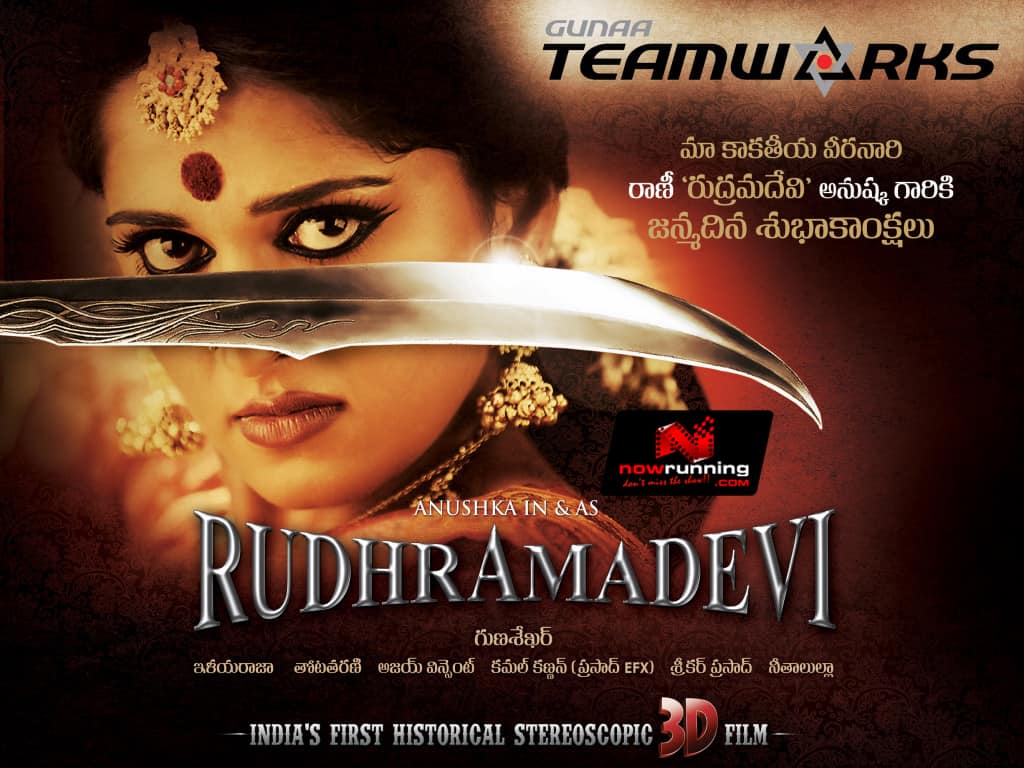 Tollywood one of the Top Director “Gunnasekhar” who gave huge Stardom to many Star Hero in his movie Carrier. Okkadu was the movie which gave a huge Fan base to Prince Mahesh Babu who has lack of Hit movie before Oakkadu movie just through this movie Gunna gave a Blockbuster hit to Mahesh and in Mega Star tough time Gunna helped Chiranjeevi by giving a sensational all time hit movie Bavagaru Bagguunara this movie also holds a good box office collections. For many Star hero Gunna gave many hit for them but unfortunately Gunna is facing a huge disaster flops in recent time and his movie’s are getting negative responses and fails to collect good box office collections.

At present Gunna is back with his new upcoming movie  Rudramadevi which is based on the Biographic story of the Queen Rudramadevi who used to rule Kakatiya Kingdom. This is full Action orientated Movie which is going to Release on October 9th 2015 in Telugu,Tamil,Hindi,Kannada and Malayalam Languages on the same date.This Movie release before itself holds a record that this is the first Telugu Movie Which is made in 3D. Rudramadevi was planed to release in Month of Semester itself but as a case was filed against this movie by Karnataka movie Chamber as they are opposing to release dubbed Telugu movies in Karnataka finally this movie is releasing in Karnataka as Gunna won the case which was field against this Movie.

Many Star Actors and Actress of South Movie Industry played main Characters in this Movie. The most versatile, most talented and Top Actress of Tamil and Telugu Industry who is doing movies semimonthly in both Langues is one and only  Anushka a nd she is Playing the role as Rudramadevi Review in this movie along with her Rana Daggubati Playing of Husband to Rudramadevi. Stylish Star Allu Arjun Playing a key Role in this movie as Gonna Ganna Reddy which is very crucial in this movie. The most lovely and Talented actress Nitya Mennon is also playing role in this movie. Nitya acted in almost in all South Indian Industry even though she was busy by movie she accepted to act in this movie as she was very attracted to the role that she is going to playing in this movie.

Maestro Ilaiyaraaja composed tunes and good back ground score for this movie there is a huge response for the songs composed by Maestro Ilaiyaraaja. This Movie Audio is Grandly launched in two states A.P and Telangana. In Telangana Audio launch was held at place called “Warangal”where Rudramadevi used to her whole Empire form that place. Finally this movie is going to release on 9th October 2015 world and in all Languages including Hindi.

Rudramadevi/Rudhramadevi Tamil Movie Review and Rating After a long gap Tollywood’s most awaited crazy project “Rudramadevi” has released and getting a good talk from all the screens where it has been released. Gunna captured market of each south Indian film Industry by placing key people in this movie. For example he captured the market of Kerala by casting Allu Arjun and Nitya Mennon in Rudramadevi movie as these two star have huge fan following in that state. In the same way he castes Anushka as she is the top actress in Tamil and Telugu movie Industry as this movie is released in Hindi it collected good box office collections. The first day collection of this movie from all places will be updates soon.