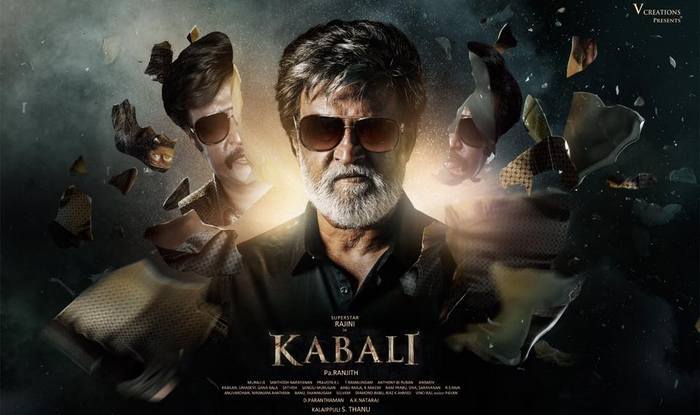 Kabali Movie is directed by Pa. Ranjith and produced by Kalaipuli S Thanu from his production house V Creations. Director Ranjith was only two movies old when got the chance to direct Kabali movie. Producer Kalaipuli S Thanu had given an announcement to media on June 2015 that he is making a movie with “Superstar Rajinikanth” Sir under the direction of Madras movie fame director Pa.Ranjith. After this announcement “Director Pa.Ranjith” has informed to press the movie is titled as Kabali and Rajini sir will be playing a Gangster role in this movie. Last year the first look of Kabali movie was released which made total Indian movie Industry go crazy. Rajini Sir was looking ultra stylish in the first look which released by the team of Kabali movie.

Rajini Sir will be playing a role named Kabaleeshwaran in this movie and Bollywood actress Radhika Apte will be playing the wife role of Rajini sir in this movie. As Kabali movie is based on Gangster story director Pa. Ranjith has chosen a Taiwanese actor Winston Cho to play a negative role in this movie. Dinesh Ravi, Kishore, Kalaiyarasan, John Vijay, Riythvika, Rosyam Nor are sharing the screen in “Kabali movie” while Paradesi movie fame actress Dhansikais playing one of the Major key roles in this movie. It is expected that her role in Kabali movie will blow the minds of the people who are watching this movie.

In recent times most of the music for Rajini Sir movies will be composed by A.R Rahman sir but, for a change Young and Talented music director, “Santosh Narayan” was given the chance for composing tunes for Kabali movie. The music album of Kabali movie has released recently which loved by music lovers. Santosh Narayan has given extraordinary songs for this movie and the Background score that was given for Kabali movie teaser was Killing beautiful. Neruppu Daa and Veera Thurandara songs of Kabali music album is buzzing all over. Kabali movie music album has released in Tamil, Telugu, and Hindi languages and gained good talk for music from all languages.

Kabali movie has completed its shooting and finished all other pre-production work. Kabali movie will be releasing in Telugu,Tamil, and Hindi version on July 22nd. Before the release, this movie was sent to CBFC Board for censor screening. The Central Board of Film Certification has issued the clean “U” with zero cuts in the movie. Kabali movie will be releasing in more than 10,000 screens worldwide. The entire movie team of Kabali was feeling very happy for the clean U certificate given by CBFC board. 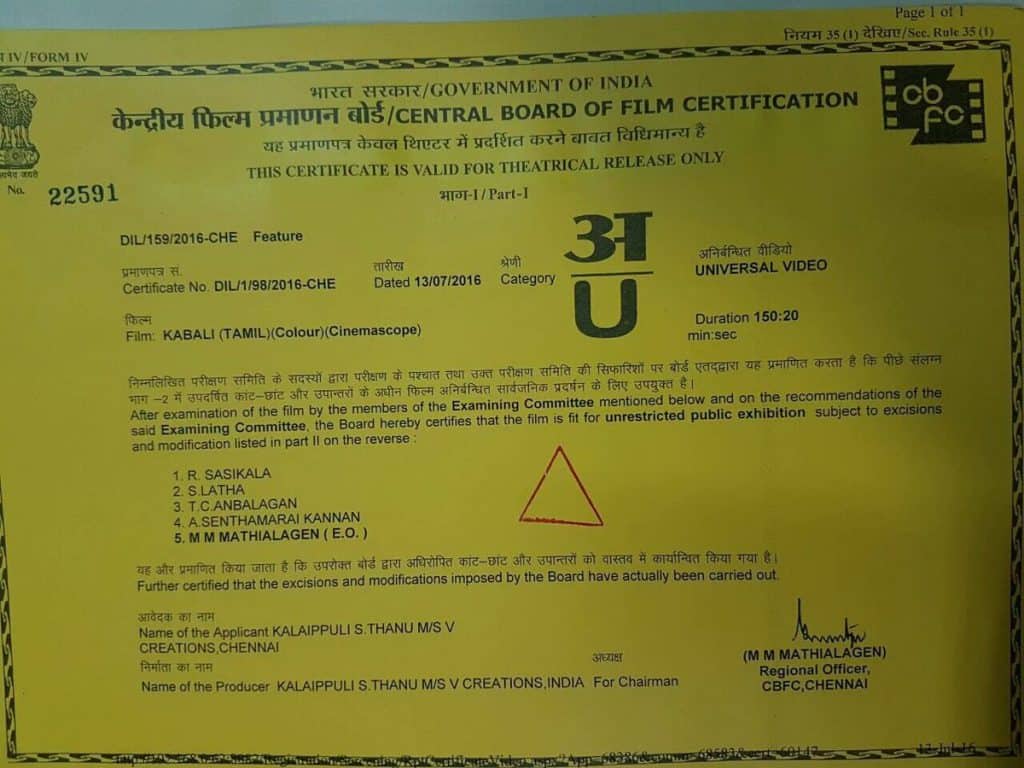 Many big companies made tie up with Kabali movie and started promoting this movie in a different way. For the first time, Air Aisa has taken responsibility to promote Kabali movie. Airtel India is issuing sim card with Kabali poster while Muthoot Finance company are issuing credit cards with Kabali movie photo print on it. All these companies are creating free publicity for Kabali movie. Every fan of Superstar Rajinikanth sir was busy in booking the tickets of Kabali movie. The advance booking of Kabali movie completed within 2hrs after opening the advanced show. Kabali movie has created many records before the release just wait for some more days to witness the Rajini Mania.