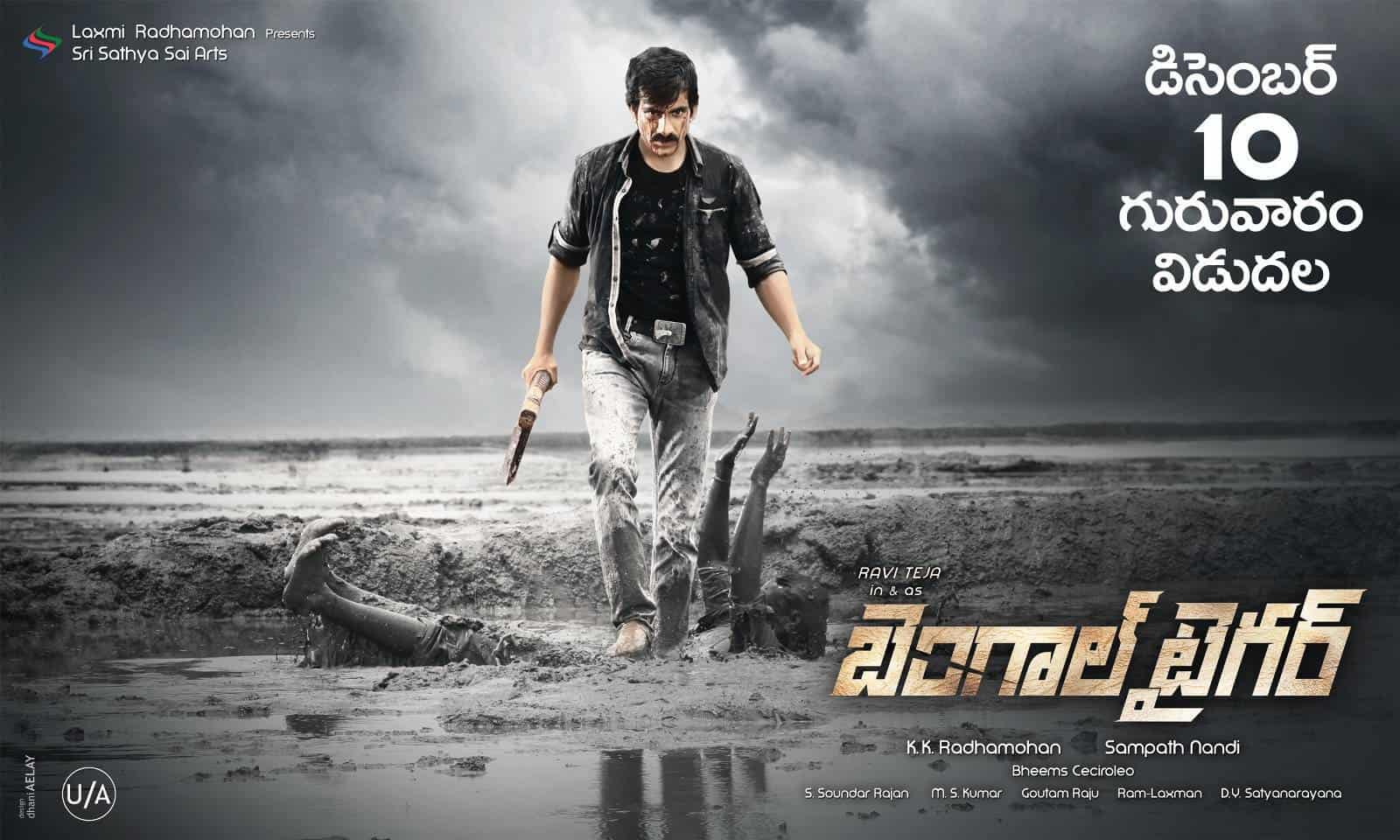 Bengal Tiger is the upcoming telugu action entertainer written and directed by ‘Sampath Nandi’. Sampath Nandi took a large gap after the movie ‘Racha’ to direct this movie. Expectations on this movie are high because of the hit of Racha movie. Several famous actors are involved in this movie.
famous telugu hero ‘Ravi Teja’ who is considered as the ‘Mass Maharaj’ is playing the lead role in this movie. Because of the failure of his past film ‘kick-2’,raviteja desperately need a hit in order to be in the race.

He is expecting this movie to be a block buster in his film career. Ravi Teja is famous for his energetic performances and a different style of acting. Audience are expecting a high grade performance from this energetic star hero. Star heroine, milky white beauty Tamannaah is appearing in one of the lead female role in this movie. Her last appearance in telugu movie is in the biggest Tollywood sensation created by genius director ‘S.S.Rajamouli’.
The film tasted gtreat success at the box office so, tamanna was so benifited from that movie because of her performance. Along with these famous actors, one more leading actress ‘Rashi Khanna’ is playing the second female lead role in this movie. She, with her recent hits Joru, Jil and Shivam movies, she became the most-wanted actress in telugu film industry. This movie was produced by ‘K.K.Radha Mohan’ under the banner of Sri Satya Sai Arts.
Bengal tiger audio launch is planned to conduct on 16th october 2015 at shilpa kala vedika.bheems cecireleo is the music director for this movie.most of the famous actors are going to attend this movie’s audio function. There was a gossip that the audio launch will be done by ‘MEGA POWER STAR’ Ram Charan Tej. We have to wait and see how true it is in the audio launch function. This movie is planned to release in the end of October 2015. You can always change the movie gender and check the latest telugu movies reviews.