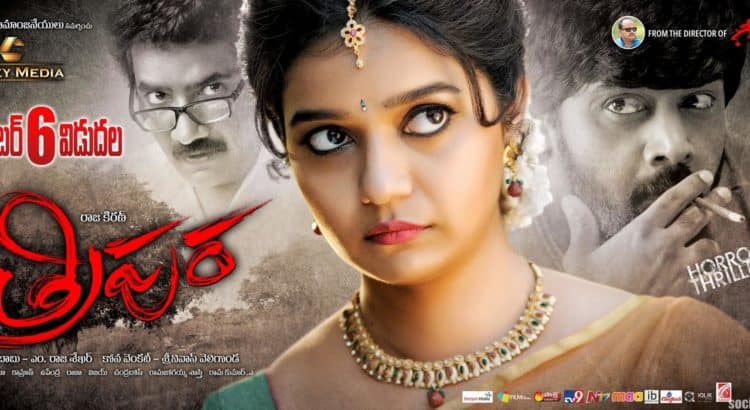 Tripura is the forth coming Telugu movie directed by ‘Raj Kiran’. He directed sensational horror-comedy movie ‘Geetanjali.’ Movie Got Huge Success on at Boxoffice. He is following the trend of directing horror movies as they showed him the route of success. He also produced some hit movies under his name. This movie is planned to release on 6th November 2015 in the Telugu language in theaters around. This horror thriller is produced by J.Ramanjaneyulu.

Naveen Chandra is famous for his hit movie ‘Andaala Rakshashi’. He appeared in Telugu and Tamil films like pazhaniappa kalloori, brahman, naa raakumarudu, koottam and sivappu movies. He got the good response for his acting in Andala Rakshashi movie. Read for more new Telugu movie reviews and ratings.

Music for this Tripura movie was composed by ‘Kamran’. Crazy media productions are the production company for this horror thriller. Ravi kumar sena worked as cinematographer for Tripura movie. The screenplay for Tripura is jointly done by Kona Venkat and Veligonda Srinivas. Raj Kiran himself is the story writer of Tripura movie.

This is a comedy horror movie which came with a good subject Swati played a major role in this as the movie is horror comedy was the major part. Director has succeeded to show the subject what he wants to tell the spectators.

A bit drag in some 1st half

Final Verdict: A must watch the movie for comedy and horror loving people. Watchable with family.